The title of the Best Early Detection Pregnancy Test is a quest that every brand claims to be the winner of. Every woman who wants to know if she is pregnant or not wants to get the best early detection pregnancy test so that she can get an accurate result.

But how do we judge or even define which is the best early detection pregnancy test?

It is important to know that every woman has different needs. A particular pregnancy test good for one may not be as accurate for another. It depends on ease of use and timing of pregnancy test.

Here are the factors that decide the best early detection pregnancy test:

A pregnancy test, even if everything but not accurate is useless. The purpose of a pregnancy test is to detect the presence of hCG levels in a urine sample. During early pregnancy stages, the concentration of hCG is low in urine and you need to test using a concentrated sample. Taking pregnancy test early morning is best as your urine concentrates overnight.

How early can you find you are pregnant? This also depends on the sensitivity of a pregnancy test. The levels of hCG double every 48 hours after implantation. Some women may take longer to cross the threshold value of 25 mIU/mL. The levels of hCG must be above 25 mIU/mL. A woman can attain this level within the first week near the due date. A sensitive pregnancy test will be able to detect this rise of hCG.

The more sensitive the pregnancy test is earlier it can detect a pregnancy.

You cannot believe the result of one home pregnancy test. You need to duplicate the test to be sure about the results. Even if you get a clear line or plus, it is essential that the results are duplicated.

Some pregnancy tests that are expensive are more accurate. However, that is not the general rule. It could be possible that you get a Dollar Store Pregnancy Test and you still get accurate results.

Finally, what is the point of having the most advanced machinery when you don’t know how or find difficult to use. A pregnancy test that requires a lot of care while handling or lots of steps is futile.

Some women prefer midstream testing because you can pee on the stick and detect pregnancy. Other women are apprehensive about the idea of splashing urine over fingers. For them, a dip strip with a cup is the best pregnancy test.

One can either take a dip strip or midstream test using First Response Pregnancy Test. There is a digital pregnancy test that can connect to your mobile phone and help track pregnancy. The standard one is less sensitive but cheaper. The accuracy of the First Response Pregnancy Test is more than 99%. This implies that out of 100 tests only 1 may be false, rest all are accurate results.

The cost of the First Response Pregnancy Test despite its features is not prohibitive.

We hope that this article made it easy for you to decide the best early detection pregnancy test. So take your tests now and do share your good news with us! ???? Which Is The Earliest Pregnancy Test? 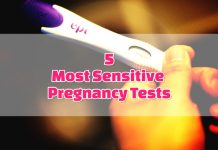 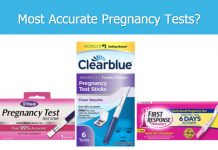 Is A Cheap Pregnancy Test Worth It?