Just returned from your gender reveal party, and now you know that you have a baby boy. What do you name him? You must have already thought of the best names but now is the final decision making. There are many names for boys that are trending in the new year. We have prepared a list of unique baby boy names and meanings. Top 204 Nice Beautiful Baby Boys Names for 2019.

Adam Sandler is an American actor, voice actor, screenwriter and producer. He has starred in various Hollywood films such as 50 First Dates, Billy Madison, The Water Boy, The Wedding Singer, etc. He has also lent his voice to Count Dracula in the Hotel Transylvania series.

Alan Walker is a Norwegian record producer and DJ. He was born in Northampton, England. At the age of 22, he is considered among the most successful and popular young DJs of the generation.

Andrew Garfield is an American actor. He is the recipient of various awards. He has also been nominated for an Academy Award and two British Academy Awards. His most popular works include The Social Network, The Amazing Spiderman series, Hacksaw Ridge, etc.

Caleb McLaughlin is an American actor. He rose to prominence on playing the role of Lucan Sinclair in the popular Netflix series Stranger Things. He has also worked in Broadway.

Daniel de Lewis is an American actor. One of the most iconic and respected actors of his time, he is the recipient of numerous accolades including three academy awards and four BAFTA awards and two Golden Globe Awards.

David Beckham is an English former football player. He is the current president of the Inter Miami CF. Throughout his career, he has played for the English national team and clubs like Manchester United, Real Madrid, Paris Saint-Germain, etc.

Dustin Hoffman is an American actor and director. He has received various awards including two Academy Awards, two Emmy Awards, six Golden Globe Awards and many more. Some of his films include The Graduate, Kramer vs. Kramer, Hook, Rain Man, etc.

Dwayne Johnson is an American-Canadian former wrestler and actor. He is popularly known as the Rock. He has starred in numerous Hollywood films such as The Mummy Returns, Journey 2: The Mysterious Island, the Fast and Furious series and the Jumanji series to name a few.

Edward Norton is an American actor and director. He is the recipient of many awards and nominations. Some of his works include Keeping the Faith, Down in the Valley, The Incredible Hulk, Birdman, etc.

Ethan Hawke is an American actor and director. He has been nominated for four academy awards and one Tony award in his career so far. He is known for films such as Dead Poets Society, Before Sunrise, Before Sunset, Before Midnight, etc.

Ezra Miller is an American actor. He is known for his roles in films like The Perks of Being a Wallflower, Suicide Squad, Fantastic Beasts and Where to Find Them and Fantastic Beasts: The Crimes of Grindelwald.

Finn Wolfhard is a Canadian actor. He is best known for playing the role of Mike Wheeler in the Netflix series Stranger Things. He has also starred in the 2017 film It.

Frank Ocean is an American singer, songwriter, and photographer. He is known for his unique music style. He has released several singles which have been huge hits in the US and some all over the world.

George Clooney is an American actor, director, and film producer. He has received several accolades throughout his career which include two Academy Awards and three Golden Globe Awards. Some of his famous works include From Dusk till Dawn, Out of Sight, Syriana, Up in the Air, etc.

Hugh Grant is an English actor and producer. He is the recipient of a Golden Globe Award and a BAFTA award. His most successful works include Four Weddings and a Funeral, Two Weeks Notice, Sense and Sensibility and Love Actually.

Ian Somerhalder is an American actor, director, and model. He is best known for his roles in the series Lost, The Vampire Diaries and Netflix’s V Wars.

Jack Black is an American actor, comedian, and musician. He is best known for films like Gulliver’s Travels, the Jumanji series, School of Rock, King Kong, etc. He is also the lead singer in the comedic rock duo Tenacious D.

James Cameron is a Canadian filmmaker and environmentalist. He is best known for directing some of the highest-grossing Hollywood films of all time including Titanic and Avatar. He has received three Academy Awards.

Liam Hemsworth is an Australian actor. He is best known for his roles in films and series which include Neighbours. The Elephant Princess, The Last Song, the Hunger Games series, etc.

Luke Perry was an American actor. One of his most popular roles was that of Dylan McKay on the TV show Beverly Hills, 90210. His other works include Riverdale, Buffy the Vampire Slayer, The Fifth Element and Once Upon a Time in Hollywood.

Matthew McConaughey is an American actor and film producer. Some of his films include The Wedding Planner, Fool’s Gold and Magic Mike. He is also the recipient of one Academy Award.

Noah Centineo is an American actor. He is best known for his roles in teen comedies. He has starred in films such as To All the Boys I’ve Loved Before and Sierra Burges is a Loser.

Patrick Stewart is an English actor and filmmaker. His works include roles in films, television as well as theatre. He has received numerous award nominations throughout his career of seven decades.

Robert Downey Jr. is an American actor. He is best known for playing the role of Tony Stark or Iron Man in the Marvel Cinematic Universe. Some of his other works include Zodiac, Sherlock Holmes, and Chaplin.

Ryan Gosling is a Canadian actor and musician. He has worked for several films and shows as a child actor. Some of his most notable films are The Notebook, Half Nelson, Crazy, Stupid, Love and La La Land.

Sean Penn is an American actor and filmmaker. He is the recipient of two Academy Awards. Some of his works include Mystic River, Milk, Taps, State of Grace and 21 Grams.

Shawn Mendes is a Canadian singer and songwriter. He got recognized for his song covers on the platform Vine. His first album Handwritten saw major success among fans and critics. He is regarded as one of the most popular male singers of the present.

John William Ferrell is an American actor, comedian, and producer. He has starred in various films such as Step Brother, Elf, Old School, Anchorman: The Legend of Ron Burgundy, Stranger Than Fiction, etc.

(Zac) Efron is an American actor and singer. He rose to fame on playing the role of Troy Bolton in Disney’s High School Musical trilogy. His other films include 17 Again, New Year’s Eve, The Lucky One, The Greatest Showman, etc.

In case you are expecting a girl, then do check baby girls names and their meanings.

All expecting parents want to give a unique name as a gift to their newborn. But guess what, most parents complain about a lack of proper names for their babies. So we have collected and compiled a list of unique baby boy names and meanings to make it easy for the parents.

250+ Most Romantic And Feminine Girl Names For Your Baby 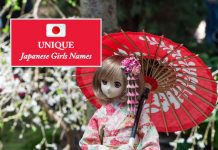