Sometimes surgery itself can cause scars and tissue damage that leads to recurrent miscarriages.

The causes of female infertility are:

A significant population of women in the age group of 15-40 years has the problem of PCOS. PCOS causes cysts in the ovaries.

The cysts impair and block the reproductive path and hence could be a cause of female infertility.

Women suffering from PCOS have irregular menses and dysmenorrhoea (painful menses). They also tend to have masculine characters like facial and body hair. PCOS is one of the causes of female infertility.

Every woman has two ovaries. Ovaries are the egg storehouses which mature one ova at a time.  Ovaries are located in your abdominal cavity.

Ovarian defects include many disorders which affect the proper functioning of them. These could be anything from ovarian cysts, ovarian cancer, regressed ovaries (insufficient eggs and reduced size) to anovulation (eggs not released).

Genital defects like Turner’s Syndrome or other unexplainable reasons or even removal of ovaries can also result in infertility.

Blocked fallopian tubes (the passage from ovaries to the womb – uterus) could act as a barrier and prevent the egg from getting fertilized by the sperm.

The fertilization takes place in the tubes, and then the egg reaches the womb. So the tubal defects prevent the first step. If a woman has a tubal defect, she needs to get an IVF treatment as fertilization is possible only outside the body.

Uterine defects like divided uterus or dislocated uterus can also make a woman infertile. Around 20% of women have the retroverted uterus.

Some women might have a uterus that looks perfectly fine but become unstable when the baby cells (embryo) implantation.

Most of these won’t show any external symptoms and will come to know only when they try to get pregnant.

5) Pelvic Inflammatory Diseases may cause infertility in women

Infections of the reproductive tract or sexually transmitted diseases like Gonorrhea cause Pelvic Inflammatory Disease.

The lining of the pelvis is unsuitable for any reproductive processes and hence lead to infertility.

Hence it is essential to have protected sex until you find the right partner.

Genetic disorders in women also cause infertility. Everything might be fine like the uterus (womb) and the ovulation process, yet the woman is infertile.

There are unexplainable cases when a reproductively healthy couple cannot conceive. Here is when we start believing that something called fate and luck does exist.

Nevertheless, if a woman cannot bear a child, she won’t become less of a woman.

In fact, if the cervical mucus is not of the right consistency, it won’t assist the sperms to travel and hence act as a barrier. This is the reason the cervical mucus becomes a thick white discharge on the day of ovulation to help fertilization.

It is a natural phenomenon.

Uterine fibroids are a dreadful thing that could happen to a woman. Fibroids occur due to unknown cancerous cells that get triggered in some manner.

They don’t spread and are benign but can lead to total blockage of the womb. It is like the surrounding muscle tissue invades the uterus.

They cause miscarriages and also make it compulsory to have a seizure operation.

Hormonal balance is vital for proper functioning of the body. The reproductive hormones include a GnRH gonadotrophin-releasing hormone, luteinizing hormone and follicle stimulating hormone.

Other female hormones under the control of these are estrogen, progesterone, and androgens. Hormones play a crucial role in the conception, and hence they need to be balanced.

10) Early menopause is another reason for infertility in women

Nowadays a lot is heard about precocious puberty. It is when a girl reaches puberty long before the right time around seven years instead of 13 years of age.

It is shocking that research findings show that nowadays females of around 30 years are reaching menopause.

11) Increased prolactin hormone also can cause infertility in women

If you take any medication that can increase prolactin levels in your body, you should also consider supplementary therapy for combating the issue.

Some drugs like antipsychotic drugs may cause an elevated level of prolactin hormone. Prolactin suppresses other female hormones in a woman’s body.

A Thyroid gland problem affects the basal metabolic rate and hence can cause infertility in women.

Women with Thyroid disorders have a lot of complications in pregnancy even if they are fertile.

Athletes might experience amenorrhoea (absence of menstrual cycle), and this causes infertility in women.

15) Reproductive Tract problems due to DES

Women who take the drug DES when they are pregnant tend to give birth to girls who are infertile. This drug is not allowed during pregnancy.

This is when the tissues that should grow in womb start spreading. It needs to be surgically treated.

It further complicates the situation by forming surgical uterine scars.

Scars in uterus lead to miscarriages and chemical pregnancies. It again is a cause of infertility in women.

Risk factors for infertility in women

These are the conditions or practices that make a woman vulnerable to infertility.

No matter how hopeless you feel, technology has advanced beyond imagination. Every cause of infertility can be treated and prevented. Assisted Reproductive Technologies ART has endless possibilities for couples who are dealing with infertility issues. 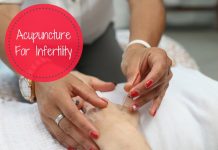 How To Prevent Infertility In Female?